A Year in the Shadow of Alzheimer’s: Author John Thorndike Discusses Acclaimed Memoir! 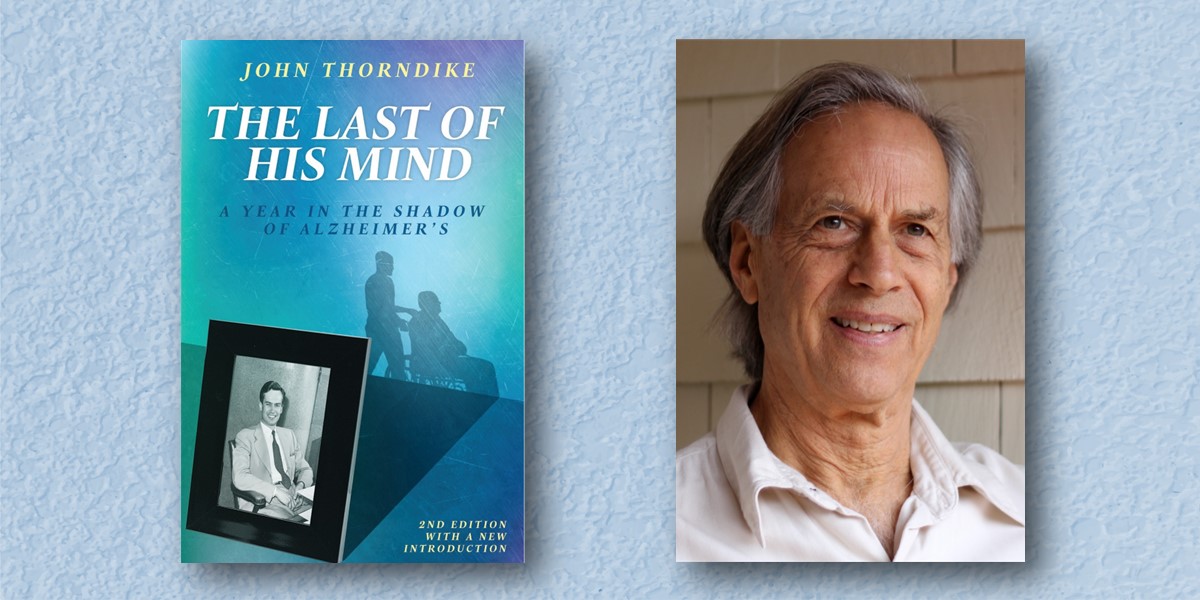 John Thorndike, author of The Last of His Mind: A Year in the Shadow of Alzheimer’s, shares the bittersweet account of the final year with his father, Joe, the former managing editor of LIFE magazine. This event will be held at Gramercy Books.

Registration is on Eventbrite. Admission is free, and attendees can purchase the book while registering. Registration closes at 6:00 pm on the day of the event.

We ask that only those vaccinated attend in-store events. Masks are mandated by the City of Bexley, even for those unvaccinated.  Seating is limited to 50% capacity.

Alzheimer's Association of Central Ohio and the Central Ohio Area Agency on Aging are Gramercy’s Community Partners for this author program.

The Last of His Mind: A Year in the Shadow of Alzheimer’s is the second, expanded edition of this 2009 acclaimed memoir by Alzheimer’s caregiver, John Thorndike, living with his father, Joe, and focused on Joe’s final year. This edition, released by Swallow Press on September 7th, includes a new introduction that illustrates the immense toll of the disease, important lessons from the author’s experience, and a readers' guide.

Joe Thorndike was managing editor of Life at the height of its popularity immediately following World War II. He was the founder of American Heritage and Horizon magazines, the author of three books, and the editor of a dozen more. But at age ninety-two, in the space of six months he stopped reading or writing or carrying on detailed conversations. He could no longer tell time or make a phone call.

Over six million Americans suffer from Alzheimer’s, and like many of them, Joe Thondike’s one great desire was to remain in his own house. To honor his wish, his son, John, left his own home and moved into his father’s upstairs bedroom on Cape Cod. For a year, in a house filled with file cabinets, photos, and letters, John explored his father’s mind, his parents’ divorce, and his mother’s secrets. The Last of His Mind is a candid portrait of this difficult disease. The book is a portrait of deep family ties, caregiving, and love.